To some it’s known as writer’s block–an artistic palsy that leaves you with an inability to put pen to paper, fingertip to keyboard. Some know it as procrastination (laziness), while others still (usually poets) will deign to call it ennui.

It is a product of fear and anxiety, feelings of unworthiness, and if you’re a writer you will have experienced it. Fear is the killer of more dreams than failure.

So, how do we overcome it?

I visualise mine as writing death monkeys, simian samurais sent to piss all over the flames of my imagination. They’re the discouraging voices that are heard when you stare at that blank piece of paper or fire up the computer.

They scream into your lug holes…

“You can’t do this, you’ve got a full-time job…

“You’ve got another one…

“You just signed up to be Charlie Sheen’s stunt double…” 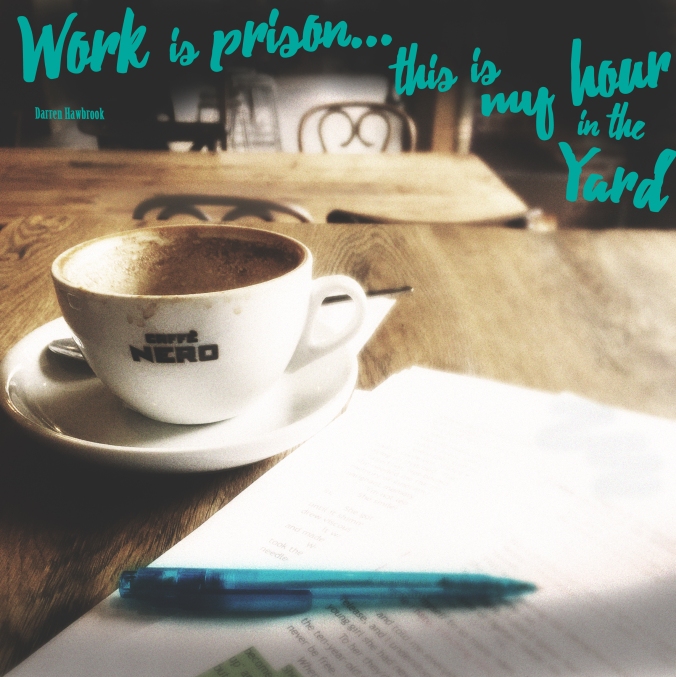 You see, they don’t want you to succeed. Hell, they don’t want you to try at all, because they want the glory for themselves. While you’re procrastinating–or in the grips of ennui (watching repeats of Montel Williams with a 5 litre tub of ice-cream and bed sores)–these monkeys are locked in a room working on their masterpiece, an epic of Shakespearian proportions. And although it isn’t going too well for them, they’ve got until infinity to churn it out. How much time do you have? If the answer to that is plenty, think again!!!

There never is enough time. Never. EVER.

Life won’t sit around and wait for you to have that perfect moment of inspiration. It’s ready to throw the next curve-ball at you. And the only way you’re going to get rid of those writing death monkeys is to actually write. Even if it’s twenty minutes a day before you go to work, or on you lunch break, or while you’re taking a massive dump. WRITE. WRITE. WRITE!!!

And you know what, the output of that twenty minutes might be the most boring, uneventful drivel you’ve ever written. That’s fine. Assuming you haven’t wiped your arse on it, you’ve got something to edit. And it’s forming a habit of writing, which feels great and promotes positive reinforcement, getting these ideas out of your head and away from those monkeys before they get a chance to destroy it.

But if you think you’ve got it tough, read how the master of horror himself, Stephen King, had to suffer for his art before getting his first big break.

So next time you hear those writing death monkeys whispering in your ears remember you’re not alone. Put that ice-cream back in the freezer and turn Montel Williams the hell off, because you’ve got work to do.

Oh, and read as well. Reading is good. Which is where I’m going now, to read all your wonderful blogs.

Got your own methods for banishing the writing blues? Do share in the comments